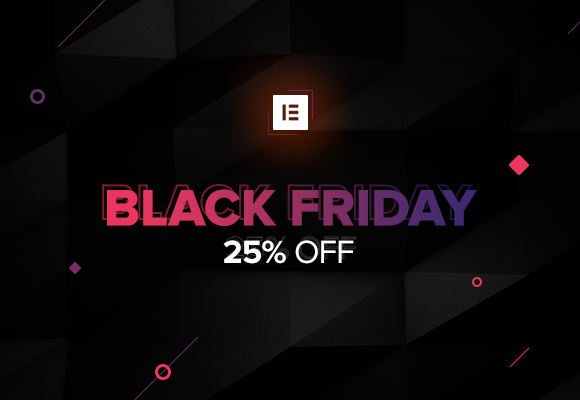 Elementor Page Builder is a WordPress plugin that lets you control the design of your pages and posts no matter which theme you’re using.

I first heard about it when Ben emailed me to tell me about their Black Friday deal. What Ben didn’t know was that I’d been looking for something like this for almost two years.

I’ll tell you about that in a minute but first the details of Elementor’s Black Friday 2016 deal.

Why I Love This Elementor Page Builder Plugin

So as I was saying, I’ve been looking for something like this for about 2 years.

I had the idea for this project where I needed the content to be laid out a certain how but didn’t know how to do it. I tried all kinds of tutorials online and even tried to do the layout with shortcodes but couldn’t get the desired look.

I considered consulting a professional or even paying someone to do it but that was going to be expensive.

Eventually, I decided that I was still going to do the project because I had already purchased the domain and the topic was something that I loved so I just had to do it some other how.

I started a couple of months ago but still considered doing it the way I originally wanted to.

Getting that email from Ben was like a prayer being answered. I downloaded the plugin, played with it for half and hour and get the exact layout that I originally wanted by using the free Elementor plugin.

If I get one thing this Black Friday, it’s going to be the pro version of this plugin. The pro version is coming soon so you can only pre-order it for now. The 50% off deal will ensure that you get it at a lower price than when it finally drops.

Elementor Page Builder is an awesome free plugin but there’s a pro version coming soon. To get the lowest price when it’s released, you’ll need to download the free version and see it’s power, then pre-order the pro-version with their Black Friday 2016 deal.

Here are the details again.

Got questions about Elementor Page Builder or this Black Friday deal? Let’s discuss them in the comments section below.