Hide Search
You are here: Home / AM Product Reviews / 7 Figure Profit Code Review – Is It a Scam? 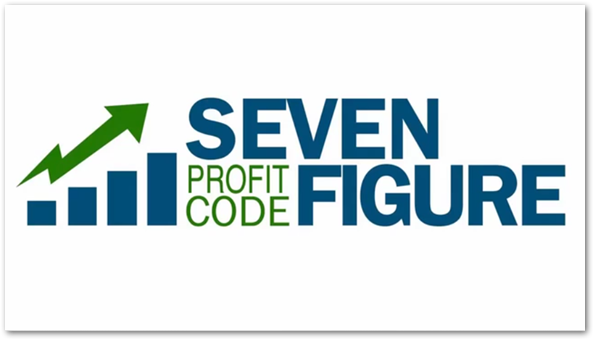 If you came across a program called Seven Figure Profit Code and watched the entire video presentation, warning bells may be ringing in your head and you might be asking the question – is this a scam?

Now, after doing some quick research, I found that there are at least two versions of this scam, one by a Michael Grayson and the other by a Meaghan Harper.

The video for the Michael Grayson version of Seven Figure Profit Code is more polished and has fake video testimonials while the Meaghan version is a bit more basic but both originate from the same domain name and is essentially the same program.

What I’m going to be reviewing today is the Meaghan Harper version as this is the one I came across. If you came across the Michael Grayson version then this review will still apply to you as this is the same program we’re talking about.

My first impression when I opened the presentation was that this looks like one of those scams I keep warning people to stay away from. I kept watching the video and this is what I found.

Red Flags In the Video Presentation

Working online for the past 12 years in the “make money online” industry has helped me to see what works and what doesn’t work and to also develop an eye for spotting scams.

Not everyone has this eye for spotting scams and the fact that the scammers appeal to various emotions and play mind games with you makes it easier for them to get pulled into these kinds of shady deals.

But a lot of the times, just having a gut feeling can save you. If something sounds too good to be true, then it probably is. And this is the case of Seven Figure Profit Code.

And it’s the reason why you’re reading this right now – to confirm your gut feeling.

As I watched the video presentation, I picked up on a number of obvious red flags that signal this program was a definite scam.

Firstly, the presenter Meaghan was using confusing terms as if she was talking to someone who doesn’t know anything about the internet and how making money online works. It’s like listening to a nuclear physicist explain something – you really don’t know anything about the subject so he could use all types of mumbo jumbo terms that didn’t exist and you wouldn’t know the difference.

Knowing the difference about what Meaghan was spewing set off my BS radar and I actually felt insulted viewing her presentation. She was like a fast talking shady car salesman. 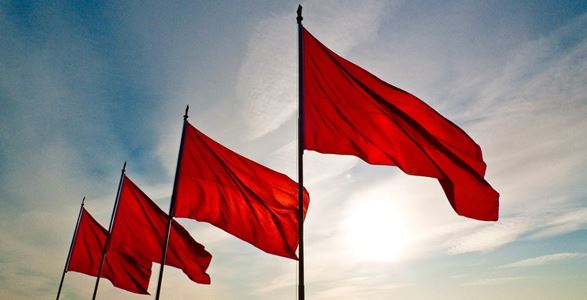 Some of the red flags I saw waving at me were:

The video presentation is obviously edited and isn’t live. Just because she talks from the beginning of the video and shows some results after doesn’t mean she made the money then and there. We don’t see her set up the account and there is no indication that her results are happening in real time.

I don’t know what this means but it’s one of those things where she’s using confusing terms to try to sound like she’s onto something “revolutionary” as she describes her “proprietary” method.

(3) That all the gurus were using her system

They aren’t. And if they were there’d be hundreds of courses and programs telling you about this system. Every guru would be asking for $47 – $97 from you to get you to try out this software. It would be more likely that you’d hear about this from another guru than Meaghan herself.

This is actually a big red flag and where you should be just clicking away from the site. But this also appeals to the lazy side of all of us.

We want this so bad to be true but the truth is that there is nothing like this. You need to put in effort to make money online and there is no software that you can just set up and run that will find your affiliate accounts with commissions.

The scammers always say this to make you feel like you don’t want to miss out. The truth here is that this presentation is being viewed by thousands of people worldwide and the scammer wants to make as much money as they can. So they’re not going to skip out on the opportunity to make as much sales as they could.

Besides, the website has been up since September and probably before that.

I spotted so many lies in this presentation, I don’t think I could mention all of them here but the ones above should be enough to convince anyone that this is indeed a scam.

One like that Meaghan also includes in her presentation is that she is planning to charge $5000 in the future for her “proprietary” system.

Right now, she is only going to charge hundreds or maybe thousands of people $67 one time fee for access. But as she put it, it’s just 45 people who are getting this price.

This lie is to increase the perceived value of the program which she really doesn’t tell you about at any time in the video besides being vague.

When you try to click away from the site, you get a popup that tries to get you a discounted price of $47 and I even saw a popup for $17 but couldn’t get that price after clicking on it. I ended up not buying it because I was already convinced that it wasn’t going to help anyone.

Another red flag is that the orders are being processed by Clickbetter. The thing is, with all that’s going on in the presentation, this would never be approved by any reputable network like Clickbank or JVZoo. A lot of shady products I’ve reviewed in the past have used Clickbetter and this makes any product using that processor look extremely bad.

In the beginning of the video, Meaghan sets up a Clicksure account and claims that she is going to be making money live using her software.

After a few minutes into the presentation, she checks the account and she’s already made $240. She hasn’t put in any work and seemingly the only thing she did was run her software.

A few minutes after that, she checks again and she has made $625 in total.

Now, if you were gullible, you’d be pulling out your credit card and thinking about all the things you’re going to buy in the next 30 days. You’re probably thinking about firing your boss because Meaghan claims that you’d have cash in the mail tomorrow.

She also claims that all the students that joined yesterday all made over $1000 and those that joined the day before that all made $2000+ in the last 48 hours.

You’re looking at $30,000 per month without doing anything. All you need to do is run some software that somehow makes money online.

The truth as I’ve said before is that there is no such software and you need to put in time and effort to make money online. If there was an easier way, everyone would be doing it.

There are other ways to make money but they all still need time and effort.

With affiliate marketing, I’m sort of a middle man where I can help people solve their problems or needs and direct them to a website where they can buy something they were probably planning to buy or something that they need. When they make a purchase, I get a commission. Ideally, everyone involved wins.

This process can happen all day without you having to be tied to the computer. You can go to the beach or go hang out with friends and make sales commissions. But you would have had to put in the work to write a review or article on your website or upload a YouTube video or some other action that helps your target audience.

One website that was helpful in providing the type of training that I needed to succeed was a site called Wealthy Affiliate. They provide training and all the tools you need to set up a successful internet business.

I’ve used this website since 2007 and I’m still a member. I quit my job in 2009, just two years after joining, to do affiliate marketing full time. I now use all their resources and training to manage my online business.

You can read a review of Wealthy Affiliate here and set up a free account to check out what it’s like.

To conclude, Seven Figure Profit Code, is not going to make you money because it is a big scam that doesn’t even show you what you’ll be getting but instead hopes that you listen to their lies and hand over your cash.

There are better systems online that can help you to make money online and I’ve shown you the one that I use everyday to make a full time income online.