Hide Search
You are here: Home / MLM Insights / Has MCA Been Around Since 1926? 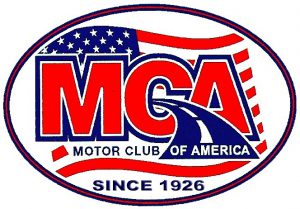 Almost every time someone promoting Motor Club of America comments on my MCA review, they would make sure to let me know how dumb I am for not doing my research.

One of the points they bring up is that MCA has been around for over 90 years and if they were a pyramid scheme then they would have already been shut down.

“When people ask if it’s a scam my simple answer is:

How many scams have you ever heard of that has members in the United States, Canada and Puerto Rico. The strongest point, for me, is how many 90 year old pyramid schemes have you or anyone ever heard of?

There’s no-way the governments of the USA and Canada would allow a company to operate a fraudulent business enterprise for 90 plus years (in service since 1926) without sounding the alarm and taking the neccessary steps to shut down the entire enterprise.”

“You dumb the company has been in business over 60 years
if it was a scam it would of been shut done years ago.”

Well, the truth is, I actually did my research before even writing my review (obviously).

I had seen the logos with the “since 1926” tagline and read about the company’s early start. But it appears as if the people commenting are the ones who haven’t done their research.

A Brief History of Motor Club of America

William, along with brothers David and Samuel, built the company into an auto-service agency as well as a major insurer in New Jersey and across America.

In 1986, Green and family sold their interest in the company and in 1989, Virgil Coffee who was the owner of Truckers Voice in Court (TVC Marketing) began his joint ownership of MCA along with David Kircher who was the president of MCA since the 1970s.

Kircher who is still President of MCA to this day, became MIS Director and Chief Operations Officer for parent company TVC Marketing in 1996.

Here is the part where you need to pay attention.

In 2011, just about 7 years ago, TVC developed 3 levels of packages known as Security Memberships. The MCA Security, MCA Security Plus and the MCA Total Security packages were available to everyone in the United States, Canada and Puerto Rico and a special affiliate referral program was developed to give Sales Associates a huge opportunity to earn an income by bringing business to the company.

In other words, what we now know as the MCA MLM or pyramid scheme was only started just 7 years ago.

Sure, the company was started way before 99.9% of us reading this were ever born but I’m sure no-one reading this right now could remember having the opportunity to promote MCA before 2011.

So are people right when they say that MCA has been around for 90 years so that means the opportunity is legit or it would have already been shut down?

To me that is sponging off the reputation of a legitimate company way before the opportunity existed. The government couldn’t shut down MCA in its existence prior to 2011 because the referral opportunity, where people recruit to earn bonuses instead of selling the services, didn’t exist then.

But that doesn’t mean that it can’t be shut down now. MCA might provide the same services but the way the company is being marketed is not good at all.

Associates regularly violate their associate agreement in a number of ways which doesn’t seem to be checked or disciplined by TVC Marketing. I’ve seen it on Facebook and YouTube with my own eyes.

I’m sure under a different marketing model, maybe if they had employed affiliate marketing with a better compensation plan, MCA might have had a better reputation as a solid company to work with.

Unfortunately the route they took has caused them to earn a bad name while supporters (usually Sales Associates themselves) use the “since 1926” argument to make it look as if the MLM part of it has existed for that long.

In reality, MCA’s referral opportunity was just started 7 years ago in 2011 so that argument is not going to fly anymore. If you didn’t know that part, then you’ll need to do some more research yourself.